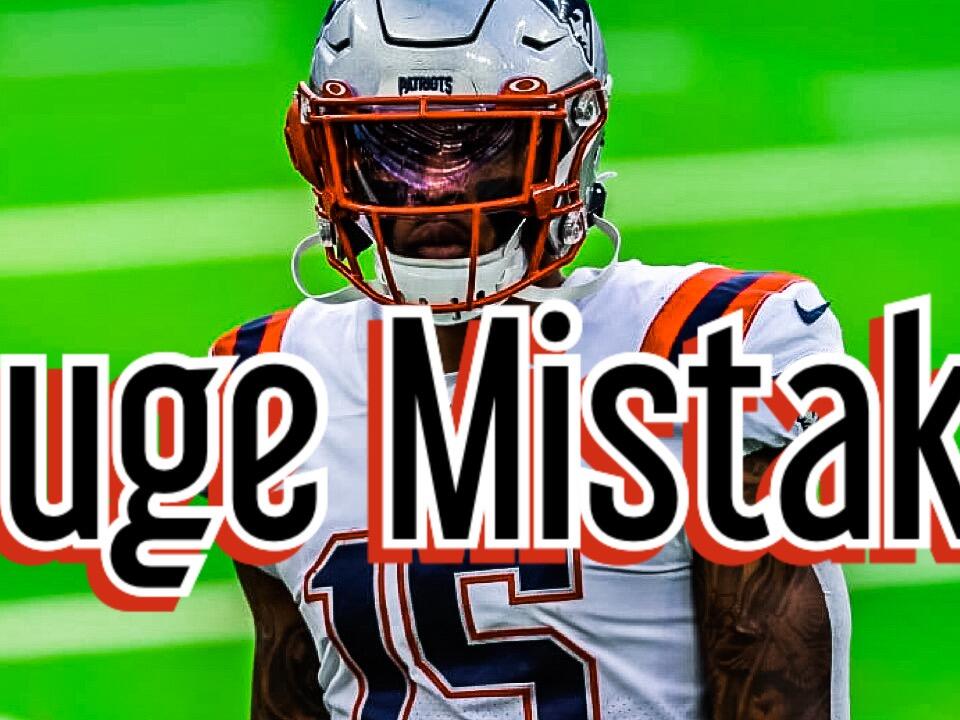 It's been a rough go for N'Keal Harry ever since the New England Patriots selected him with the 32nd pick of the 2019 NFL Draft. After starting his career off on the injured reserve list, Harry has never seemed be able to find his spot on the Patriots roster. When Harry entered the league two years ago, there was a lot of expectations put on the Arizona product, Bill Belichick in almost 20 years at helm of the Patriots, had never selected a wide receiver in the first round of the Draft. The Patriots were 2019 wide receiving corps, felt like it could have been the best ever in Patriots history. Julian Edelman, Phillip Dorsett, Josh Gordon, and N'Keal Harry. The Patriots would later add and release Antonio Brown, and Gordon was also released. The Patriots added Mohamed Sanu, and Pats Nation saw the rise of Jakobi Meyers. Harry didn't click with Tom Brady, and things weren't better with Cam Newton in 2020. Harry is now asking for a trade, and it could be a horrible mistake.
Read more on: newsbreak.com